While small businesses get a lifeline, smaller businesses are left in the lurch 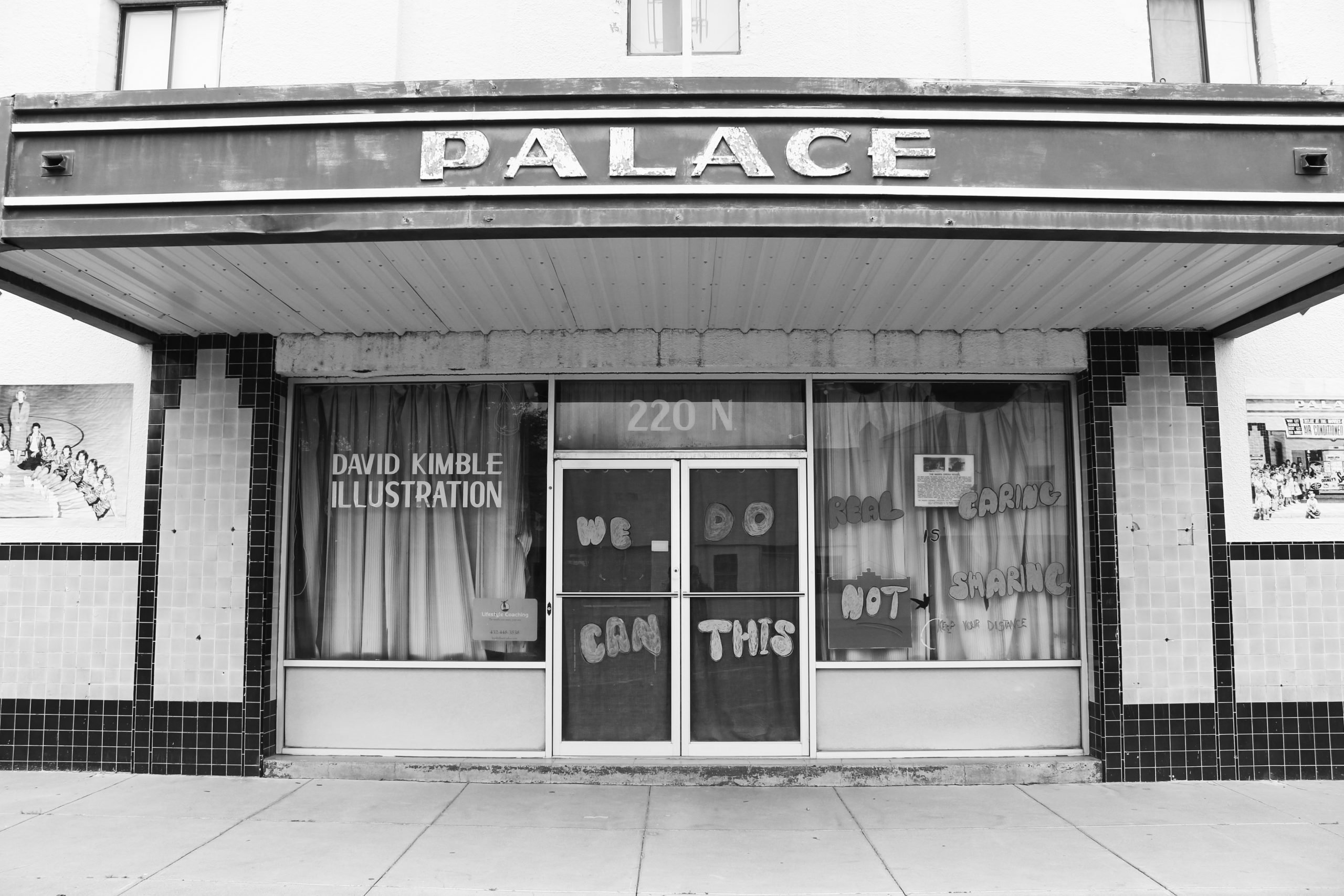 MARFA — The Paycheck Protection Program launched last Friday, aimed at helping small businesses get forgivable Small Business Administration loans to cover payroll. The program is off to a bumpy start, and while some local businesses are on their way to covering some major expenses, others are wondering where their lifeline is.

Daniel Browning, a co-owner of Frama and Plaine coffee shops and the Tumbleweed laundromat, says they applied for the program as soon as they could. The small business currently has nine employees, and the payroll protection program will provide payroll coverage for all nine for two and a half months. Seventy five percent of that loan can be used for payroll, and the remaining 25 percent can be applied to utilities, mortgage interest or rent.

With that loan, if the business can hold onto its staff until June 10, the loan is 100 percent forgiven, as Browning understands it. “The forgiveness rate is based on the number of employees you started with and the number you finished with,” he says.

While Frama has temporarily closed its doors due to the economic slowdown, Browning says he and co-owner Jessie Browning were able to keep all of their staff by relocating them to their Alpine location.

Their application was submitted through TransPecos Banks, and is in the final funding stages, Browning says. “Sunday at 11 p.m. I was still getting information from the bank about approval. Their San Antonio office worked all day and night through the weekend.” He was told the bank is currently working on over 600 applications.

“It’s an incentive to keep your employees. It’s not there to pay all your bills, it’s there to pay all the employees,” Browning says. For some, the loan program is a lifeline to keep businesses afloat during the sudden economic stresses of the pandemic. But other business owners say they are not able to benefit from the Payroll Protection Program’s SBA loans.

“There’s no safety net for us,” says Buck Johnston, co-owner of the Wrong store and gallery in Marfa. While the PPP helps small businesses pay staff and keep employees afloat, Johnston says the smallest businesses need help too. “What if you’re owner-owned and -operated and you don’t really have payroll?” Jonhston asks. “We have nothing. They said we might be able to claim unemployment – I don’t think we even get unemployment. We are so tiny.”

Without a payroll, owner-operated businesses are not able to benefit from the recent government programs and aren’t able to turn a profit. With doors closed by city and county orders, finding an income to pay owners can be difficult to impossible, while still trying to cover rents, utilities or mortgage payments.

Johnston says many of her friends across the country who have small businesses are in the same boat that Johnston and her partner Camp Bosworth are in. “There’s nothing there for us.”

“Small businesses set a tone for a community; we don’t have chains here,” she says. Johnston wonders how the smallest businesses like hers can survive a long closure in Marfa, and which will still be around when the dust settles. In the meantime, she’s planning to open an online store to let customers continue shopping, hoping to launch this week.

Marfa National Bank President Chip Love says guidance for the Payroll Protection Program arrived Friday morning and has shifted every day since. “It’s been a confusing roll out to say the least,” he remarked on Tuesday.

Love says they have had a lot of interest, though no official applications yet. “One of the mechanisms that’s still not in place for us yet is the actual portal with the SBA for the lender to get their guarantees,” he says.

The bank is hesitant to move forward too quickly on applications. “There are a lot of snares with the SBA; we have to do a lot of things right or we end up left on our own,” he says, meaning the bank might not be compensated for the loan they handed out. Love worries that if the bank lends without fully comprehending the details of the bill, loan recipients may not get the forgiveness they planned for, and will end up owing Marfa National Bank.

“It’s hard enough to get people to pay a loan they owe on. With this one, it’s not always 100 percent forgiven. It can be, but it isn’t just as easy as all that,” he says. He’s hopeful the kinks will be worked out soon though. “As time goes on they’ll get it figured out. The roll out is gonna be a little more time consuming than we thought. For us, I’m hoping by the end of the week we’ll know a lot more than we know right now.”

Love thinks there is a lot more demand than what was allocated for the program, and indeed, Treasury Secretary Steve Mnuchin is already considering moving $250 billion more to the $349 billion already allocated.

“I’ve visited with other lenders in the area,” Love says. “It does seem like as usual, the big banks have a leg up on us. I think they already have pipelines built” to handle the loans. But there’s still room for the small banks to play a crucial role in the program. “They’ll have capacity problems,” Love says of the big banks. That’s where small banks will be able to step in and assist local small businesses vying for a slice of the pie.

In town, the local assistance organization Marfa Steps Up will host an information sharing call for small business owners who are navigating loans and other opportunities, and Love will be on the call to help answer questions. The Zoom meeting will happen Wednesday, April 15 at 10 a.m. Small business owners can register at https://www.marfastepsup.org/