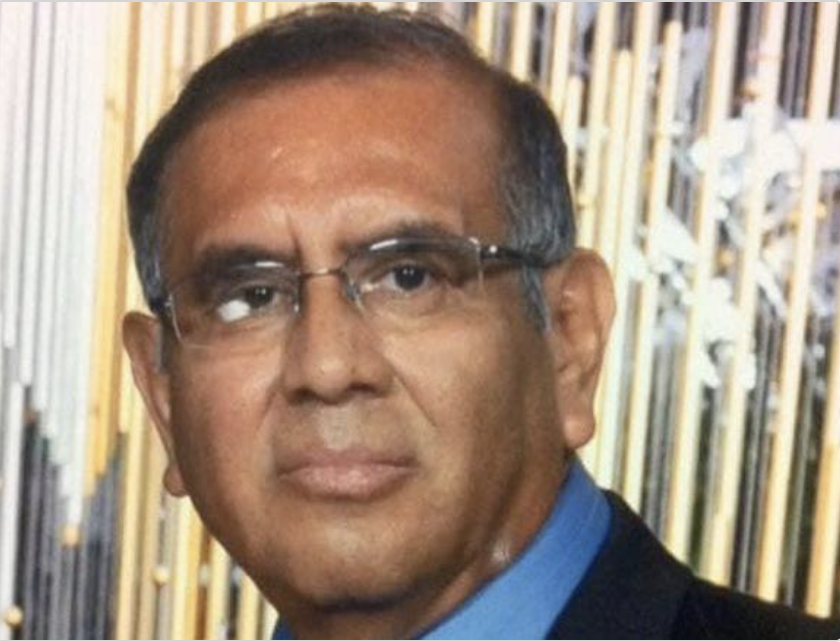 On Sunday, June 28th, 2020, Ernesto Bermudez, loving husband and father of three children passed away at the age of 70.

Ernesto was born on April 26, 1950 to Eulalio Morales Bermudez and Maria Zamarron and was a lifelong resident of Alpine, TX. On May 2, 1970 he was married to his wife Angela Bruns and just celebrated their 50th Anniversary.

Ernesto worked as a building manager for Dr. Malone Hill, MD. He enjoyed building homes and chasing the UPS delivery truck for packages. He had a sense of humor that only he could pull off and only his family and friends could truly appreciate. Ernesto was a member of the Alpine Volunteer Fire Department and the Nights of Columbus of Our Lady of the Peace Catholic Church.

Ernesto was preceded in death by his father Eulalio and his half-brother Tony Molinar. He is survived by his wife Angela and his three daughters Perla Bermudez, OD, Darla Bermudez, and Sonya Badillo. Ernesto had six grandchildren, Cassandra, Veronica, Kimberly, Marco, Ernesto, and Angela. He also had one great grandchild Ethan. He was also survived by his mother Maria Zamarron Bermudez and half-sister Rita Ramirez.

Burial services are to be held on Tuesday, July 7th, 2020 at Holy Angles Cemetery at 7:30 pm. A Memorial Service will be held at a later date at Our Lady of the Peace Catholic Church. In lieu of flowers donations can be sent to https://everloved.com/life-of/ernesto-bermudez-alpine/donate/ to help support the Catholic Church while it is closed due to the COVID-19 virus.