High Desert Sketches: A brief introduction to summer of 2020 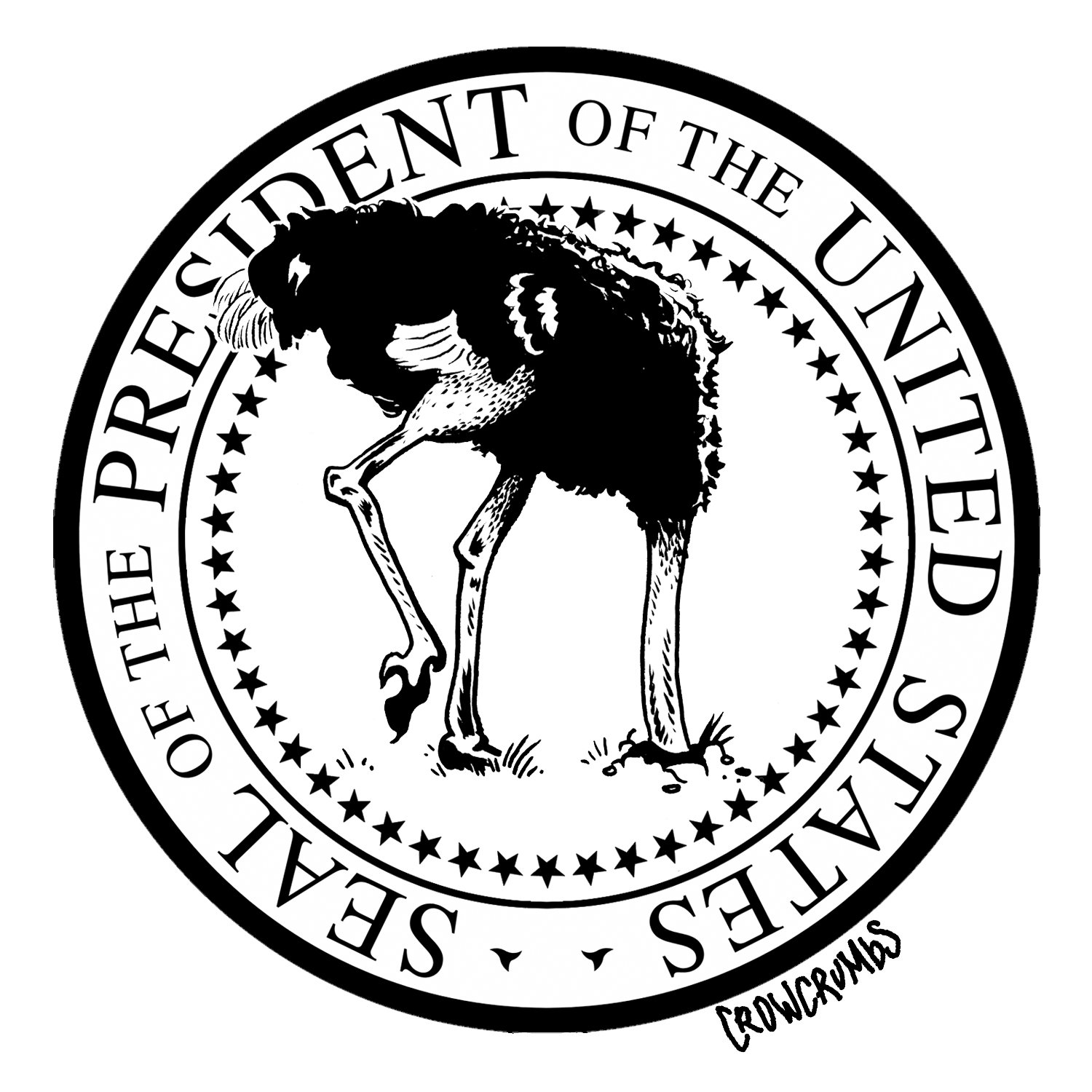 This 4th of July, I think it is time we make some changes at the White House. The bald eagle has been on the president and vice president’s seals long enough. I agree with ole Ben Franklin, that the bald eagle is basically a scavenger who steals food from smaller birds. My choice to replace the bald eagle is based on simple logic. First, President Tweet tried to ignore the pandemic by saying it was just like the common cold. Then he said it was nothing to worry about. Then he said we were prepared for the pandemic and we weren’t. Then he said he was in charge and he wasn’t. Then he started recommending unproven medications. Then he said the virus would stop rampaging if we just stopped testing. Then he said he was just joking, and he wasn’t. Our new symbol for the president’s seal is an ostrich with its head in the sand and his back side symbolically pointed toward the rest of the world.

Our lack of leadership from Austin would rival that of President Tweet, except the governor, lieutenant governor and attorney general, known in some circles as the “Ego Trio,” don’t rant and repeat incoherent sentences. Otherwise, their predictions are as off as the Tweety Bird. The governor decided that opening Texas bars and strip joints could be done because everyone would wear their “recommended” face mask and stay six feet apart. Someone might want to mention to the Ego Trio that combining young men, young women and alcohol does not always result in socially accepted actions. The day of the release, 1,000 new cases of COVID-19 were reported. A month later, the new cases surpassed 6,000 a day.

When the daily count surpassed 6,000 a day, there was a collective “oopppss” from the governor’s office. Within minutes of the recognition that they had screwed up badly, the gang of three immediately decided that passing this hot potato was a political necessity. Although they would only “recommend” face masks and attach no penalty, they threw the flaming spud into the laps of the state’s county judges. The county judges were given permission to control the wearing of masks by fining small businesses instead of those businesses’ patrons.

I would like to note for our summer visitors to the Big Bend that when you hear a weather report that says, “20% chance of rain,” this is not an actual weather report but propaganda to prevent large segments of our population from immigrating to Canada. When I first arrived out here 23 years ago, the weather man would always say, “104 degrees along the river and 90 degrees in the mountains.” It took me a while to figure out that he was talking about mountains north of Anchorage, Alaska.

In this era of COVID-19, I recommend the Washington Post’s, “The Optimist,” which will add a little joy and humor at no cost. Check it out at https://subscribe.washingtonpost.com/newsletters/#/bundle/optimist.

This will be my last column of the summer. I’ll be back September 3 with a look at American education or lack of it. My assistants demand their annual relaxation from the dog days of summer. Like most Big Benders, they hold down several part-time jobs and work for me when they need a few extra pennies. In alphabetical order, they are: Melissa Amparan is associate director of financial aid at Sul Ross and has worked for me since she was a junior at Sul Ross; Karen Cantrell, probably the most dedicated proofreader that has ever worked for me; and CrowCrumbs (a card-carrying member of the Cherokee Nation), known in some circles as Valerie Howard, illustrates my column with a skill and imagination unrivaled by any other illustrator of any other column between Earth and the Oort Cloud.

Uranus is Afoot: After the Gold Rush