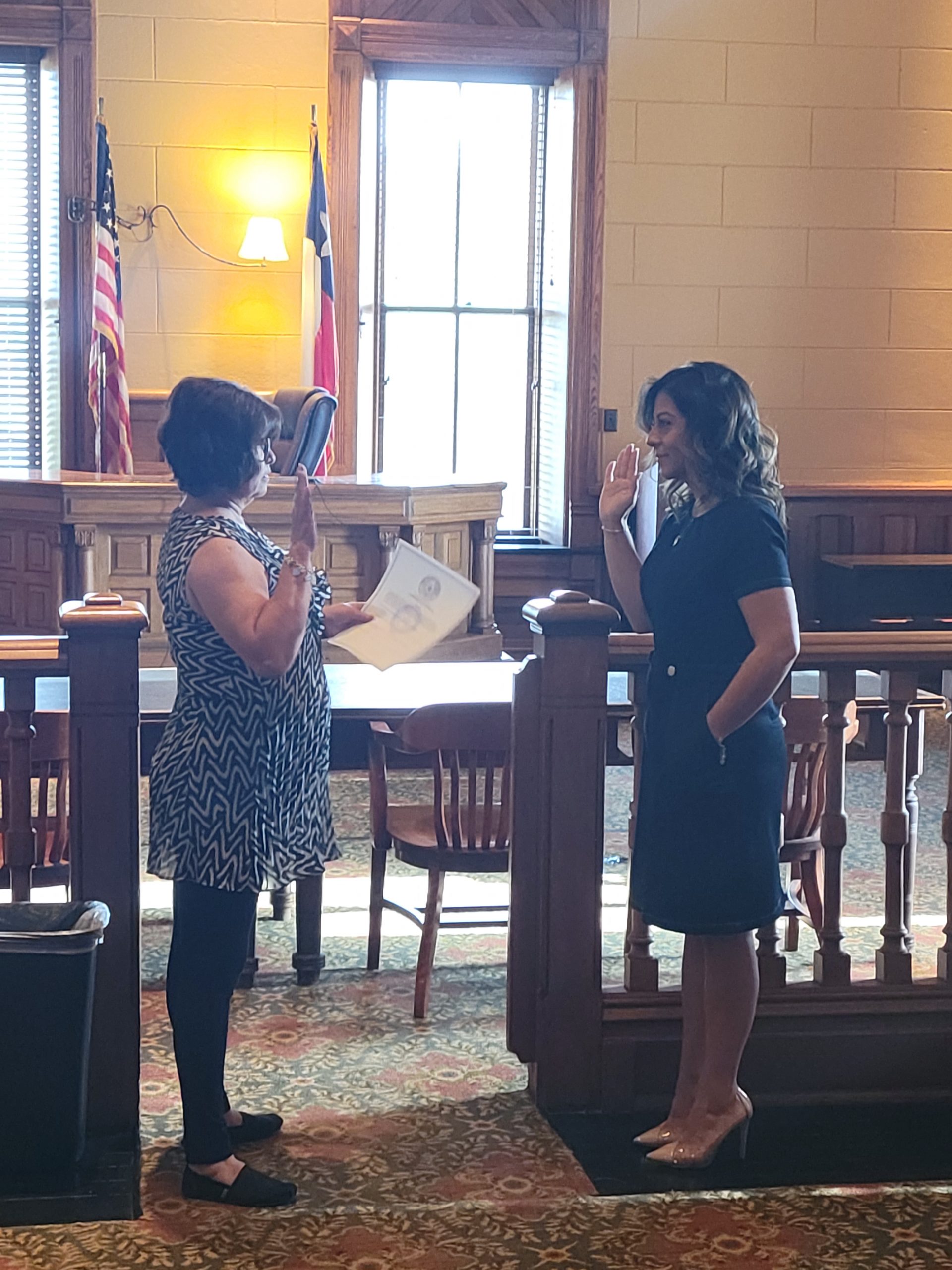 PRESIDIO COUNTY – Florcita Zubia was sworn in as the new county and district clerk last Thursday after she was appointed to the role by Presidio County commissioners. Zubia, who has worked in the clerk’s office in some capacity for 14 years, was the lone applicant for the job after longtime Clerk Virginia Pallarez announced her retirement last month.

Zubia worked full time from 2007 until 2011 as deputy clerk for the county and district offices, and then part time until June of last year when she returned full time. Before that, she worked for the current District Judge Roy Ferguson in his private practice. She has also served as elections clerk, and in her newest position, will continue to oversee elections along with her duties as district and county clerk.

Zubia, a lifelong Marfa-area resident, is already working to get a credit card system up and running in the county and district offices, which will simplify the completion of payments that otherwise have to come in through cash or money order.

“I also want to work on preserving birth certificates, death certificates and whatever is left that hasn’t been preserved yet in the deed records,” she said. Pallarez had begun the project already, which involves digitizing records and preserving the aging physical documents, and allows people to access deeds online. Zubia will also continue the efforts to make the office “paperless” by continuing to move documents online.

Commissioners interviewed Zubia in executive session last month, saying afterward that she satisfied their concerns and shared some of her goals for the job. The court confidently voted unanimously to appoint Zubia, and at the meeting, Justice of the Peace David Beebe volunteered to help the new clerk learn and implement the Texas Electronic Vital Events Registrar (TxEVER) system.

If the system is put into place, the clerk’s office would join 252 of Texas’ 254 counties in being able to locally issue birth and death certificates for the entire county through TxEVER. Currently, Presidio County residents wait up to two weeks for the Department of State Health Services to issue those documents from Austin.

“I want to see other counties and how they’re doing it, because that is another job to take on. Right now, I am hiring another position, but I really do want to do more research on it,” Zubia said. “If it’s something that benefits our county and the office, I’d love to do it, but also I want to make sure I know what I’m getting myself into.”

“I’m really happy that I was appointed; I hope to do the job justice. I know I have really big shoes to fill because Virgie was an outstanding boss –– us here, we’re family, so it’s a privilege to be with these girls.”

Zubia will serve out the remainder of the term through November 2022 and said she plans to run for election to hold onto the seat next year.