ALPINE –– Sul Ross State University President Pete Gallego said last week that he would not be taking up many of the recommendations made in a recent faculty-led report that called for sweeping changes to the university, from eliminating degrees to firing professors. According to an email sent to staff on July 16, Gallego said that while faculty might have to take on a heavier workload, only a few adjunct and non-tenure-track positions would be eliminated.

“However, affected individuals will get the first shot at applying for other positions within the University,” Gallego wrote to staff. “Remember, the goal is realign appropriately.”

As The Big Bend Sentinel previously reported, a committee of 19 senior and junior faculty members met for five days to identify problematic school policies, degrees that could be consolidated or pared down, nonessential personnel that could be fired and other potential administrative cuts that could save the university money –– all culminating in a 19-page report.

fiscal challenges from the pandemic, static enrollment, budget cuts and declining support from the state. In the report, the committee concluded, “Much of the problematic policies emanating from administrative decisions were powered by academic policies, ultimately necessitating irresponsible fiscal actions in order to sustain these practices.”

One of the more drastic recommendations made by the committee was to fire 10 professors in the various fine arts departments, effectively wiping out the university’s music, theater and arts programs. Community members, faculty and alumni were outraged by this recommendation, going so far as to gather at the university at the end of June to protest the possibility of saying goodbye to the arts.

Carol Fairlie –– an art professor at the university whose job would’ve most likely been eliminated if Gallego had accepted the committee’s recommendations in full –– said that she was relieved after hearing the news. “I still worry that if I retire, I will not be replaced. That would definitely kill the art program, but I will wait to see what Pete says,” she said.

Yet despite his initial announcement, Gallego and his staff are still ironing out the details, deciding which recommendations to either accept or reject, according to Michael Pacheco, Gallego’s chief of staff.

As far as specifics, Gallego did say in his email that both tenured and tenure-track professors “will be expected to put some effort into getting their classes to have the required minimum number of students.”

According to Skyline –– the Sul Ross student magazine –– Gallego said that most of the recommended changes will take years to implement, if they are implemented at all.

At the end of his email, Gallego wrote, “It is my hope that, ultimately, no employee will be entirely displaced but that everyone will have the option to continue working on campus – although perhaps in a somewhat different role.” 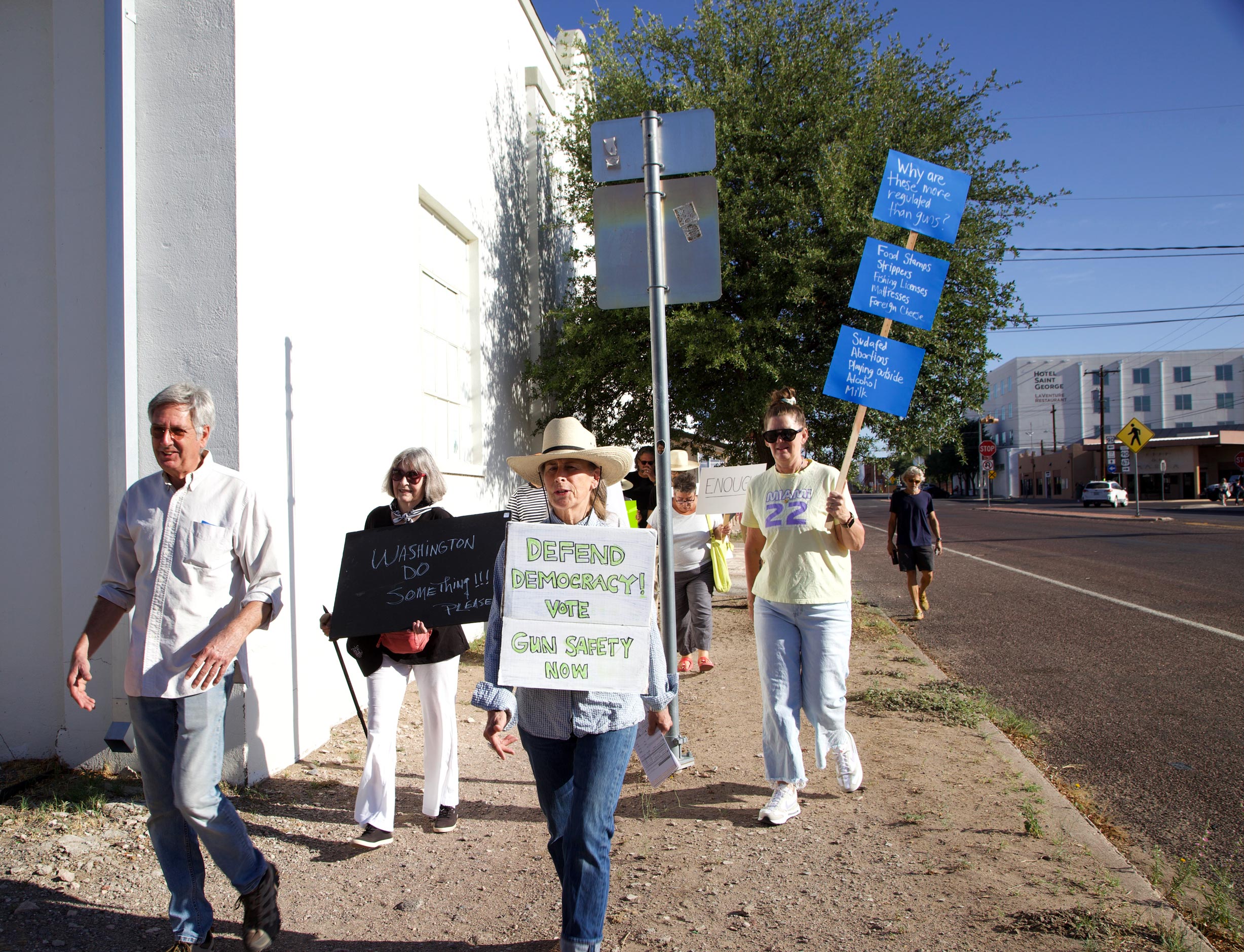