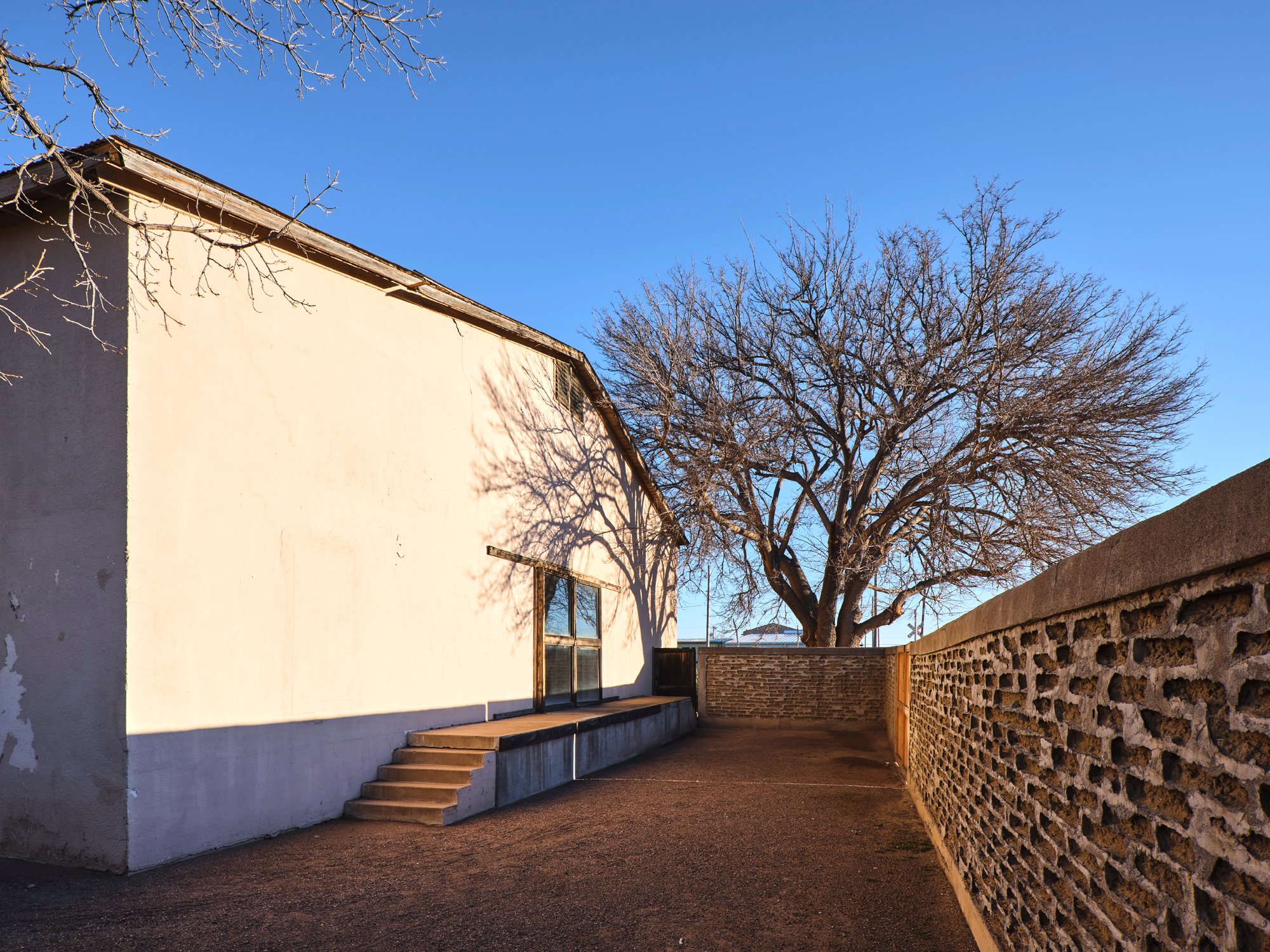 The John Chamberlain Building in downtown Marfa is about to complete a major restoration, including the exterior walls of the courtyard Judd had built using an abode and concrete mortar construction. Photo courtesy the Chinati Foundation.
Subscribe

MARFA  — This March, an apprenticeship designed to recruit women in the region for job training in the field of adobe restoration begins at the Chinati Foundation. Participants from the tri-county area of Big Bend (Brewster, Jeff Davis and Presidio counties) will spend six weeks learning about earthen construction through a combination of workshop sessions and hands-on training. In the process, apprentices will help restore Donald Judd’s distinctive adobe-walled courtyards as part of Chinati’s major restoration of the John Chamberlain Building in downtown Marfa. The Central Marfa Historic District was recently nominated for listing in the National Register of Historic Places for both its collection of adobe structures and for Judd’s contributions to the district. The apprenticeships, which will teach valuable construction skills for the preservation and building of adobe structures in the region, are  supported by a generous grant from #StartSmall.

Chinati’s Adobe Apprenticeship program is being conducted in partnership with SILLA and MUDLAB, local firms of builders and designers that will introduce the key elements of basic adobe construction, including  brickmaking, wall building, plastering, testing, assessment and simple repairs. Guest practitioners will lead workshops on specialized topics such as natural plasters, soil analysis and testing, and structural adobe design. On field trips to historic sites and vernacular structures, apprentices will explore the diversity and culture of adobe building in the region.

Learning will primarily take place on location, through two very different kinds of adobe construction sites at Chinati. The Young House is an early 20th-century, two-story adobe outside the museum’s main gate; it currently stands empty and is slated for future restoration. The John Chamberlain Building in downtown Marfa is about to complete a major restoration, including the exterior walls of the courtyard Judd had built using an abode and concrete mortar construction.

Chinati adobe
Stay in touch with The Sentinel
Related