High Desert Sketches: Why has everybody forgotten about Babi Yar? 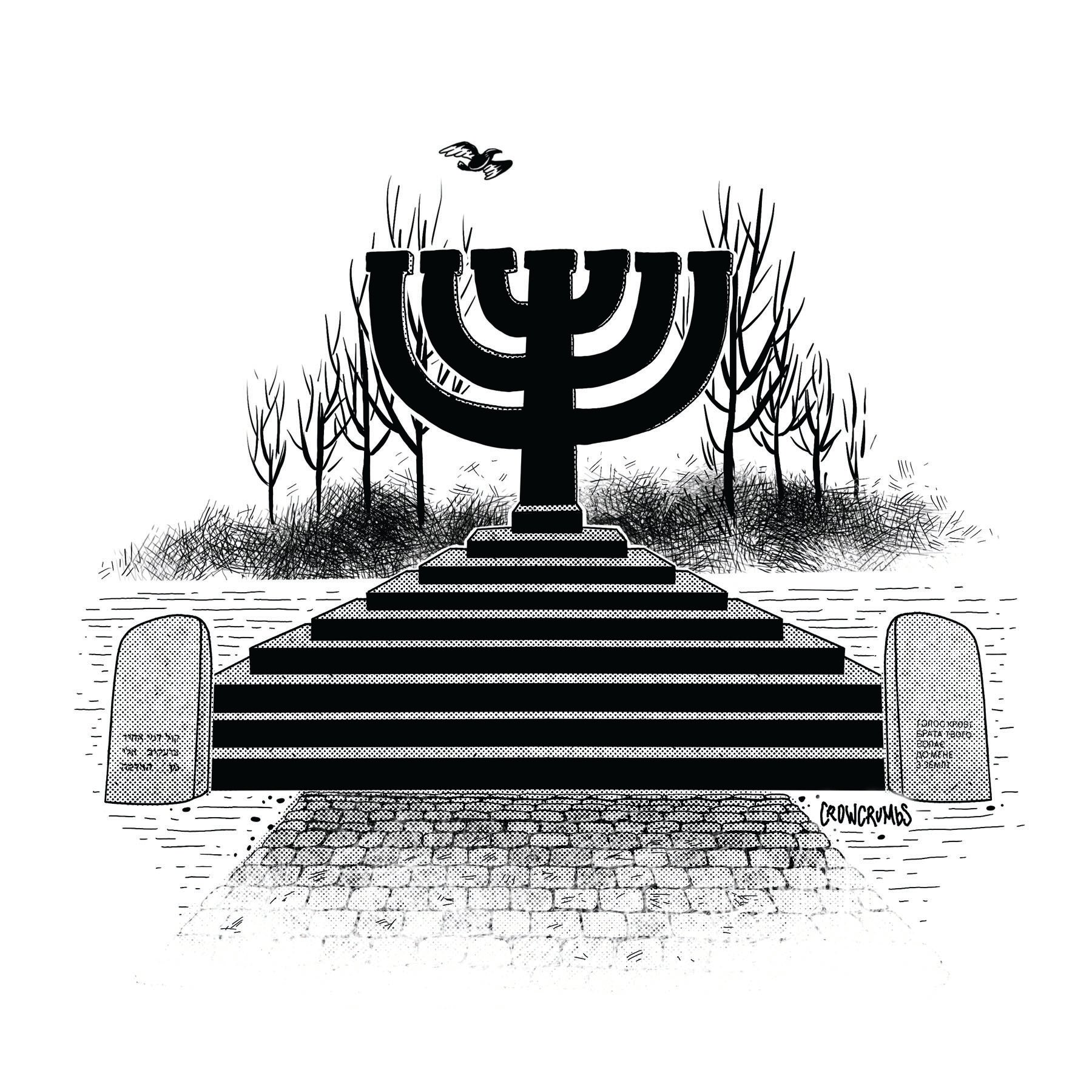 Over the century, philosophers have stated in a number of ways that if you forget the past you will be doomed to repeat it. Too many people today have little opportunity to remember the horrific despotism of the 1930s and ‘40s. Most people alive today have no recollection of Auschwitz, Bergen-Belsen, Buchenwald, Dachau, Treblinka, or the dozens of other nameless places where millions of people were either worked until they died or were treated with such brutality that they had little chance of survival.

Google will gladly explain each of the names, but one name has incredible relevance to today, and that name is Babi Yar. Although Babi Yar was first added to the pages of history in 1941, its relevance in today’s world is significant.

During the first week of the Russian invasion of Ukraine, a Russian missile attack took out Kyiv’s largest television tower. News reports said that the tower fell onto a Ukraine memorial but did not go into detail. Later newscasts indicated that it was a war memorial and I instantly thought of Babi Yar, a site so many people have striven to forget while others have battled to remind us of its history.

On March 1, 2022, according to Ukrainian President Volodymyr Zelenskyy, a Russian strike against a TV tower in Kyiv killed five people near a memorial. “What is the point of saying ‘never again’ for 80 years, if the world stays silent when a bomb drops on the same site of Babyn Yar?” asked Zelenskyy in an anguished Tweet.

On Friday, September 26, 1941, when the Germans occupied Kyiv, announcements printed in Russian, Ukrainian and German began to appear on lampposts and walls around the city, ordering all Jews to assemble Monday at 8 a.m. near the site of a Jewish cemetery. That morning, the day before the Jewish holiday of Yom Kippur was set to begin, over 33,000 people gathered — mostly women, children and the elderly, as the Soviet government had already mobilized the Ukrainian men capable of fighting into the Red Army.

The multitude was marched under guard through a barbed-wire enclosure leading into Babi Yar. (“Yar” means ravine in Russian and Ukrainian.) The site is actually a system of steep ravines.

As the assembled Jews entered the ravine that day in 1941, German SS units, together with Ukrainian prisoners recruited from a nearby prisoner-of-war camp to serve the Nazis as local police, robbed them of their money, possessions and documents. They made the Jews wait in the meadow, from where, behind a mound of earth, they could hear the relentless sound of machine gunfire. Over the next 36 hours, the Nazis systematically and methodically machine-gunned over 33,000 helpless Jews and bulldozed their bodies into the ravines.

Over the next two years, the Germans would continue to use the site, murdering another 70,000 individuals — including Romani people, psychiatric patients, prisoners of war and other civilians — before the Red Army liberated the city in November 1943.

The Germans were the first to try to silence the memory of the crimes committed at the site. In August 1943, fearful of the approaching Red Army, they forced prisoners from the nearby Syrets concentration camp to dig up and burn remains from the site. The Soviet government, too, attempted to conceal what had taken place at the site. In 1961, they tried to fill in the ravine, unintentionally setting off a mudslide.

It wasn’t until 1991, after Ukraine declared its independence, that a menorah-shaped monument was erected at Babi Yar for the 50th anniversary of the massacre. It was the first official public acknowledgment of the Jews who were murdered at the site.Since then, the site has become as contentious as the war itself, with different stakeholders coming forward to erect their own memorials to other ethnic, religious, political and demographic groups murdered at Babi Yar — Romani people, children, priests and Ukrainian nationalists.

Only in 2016 was a commission formed to establish a more permanent memorial on the site. The Babi Yar Holocaust Memorial Center is scheduled to open in 2025.

It is the height of irony that in the first days of the Russian attacks, they made us think once again of Babi Yar. As more and more civilian bodies are discovered in mass graves in the Kiyv suburbs, it begins to look like the Russians intend to create their own Babi Yar. Evidence now shows that the Russians systematically killed innocent unarmed civilians who were simply trying to protect their children and their loved ones. Hopefully, we will not forget Russia’s new Babi Yar.