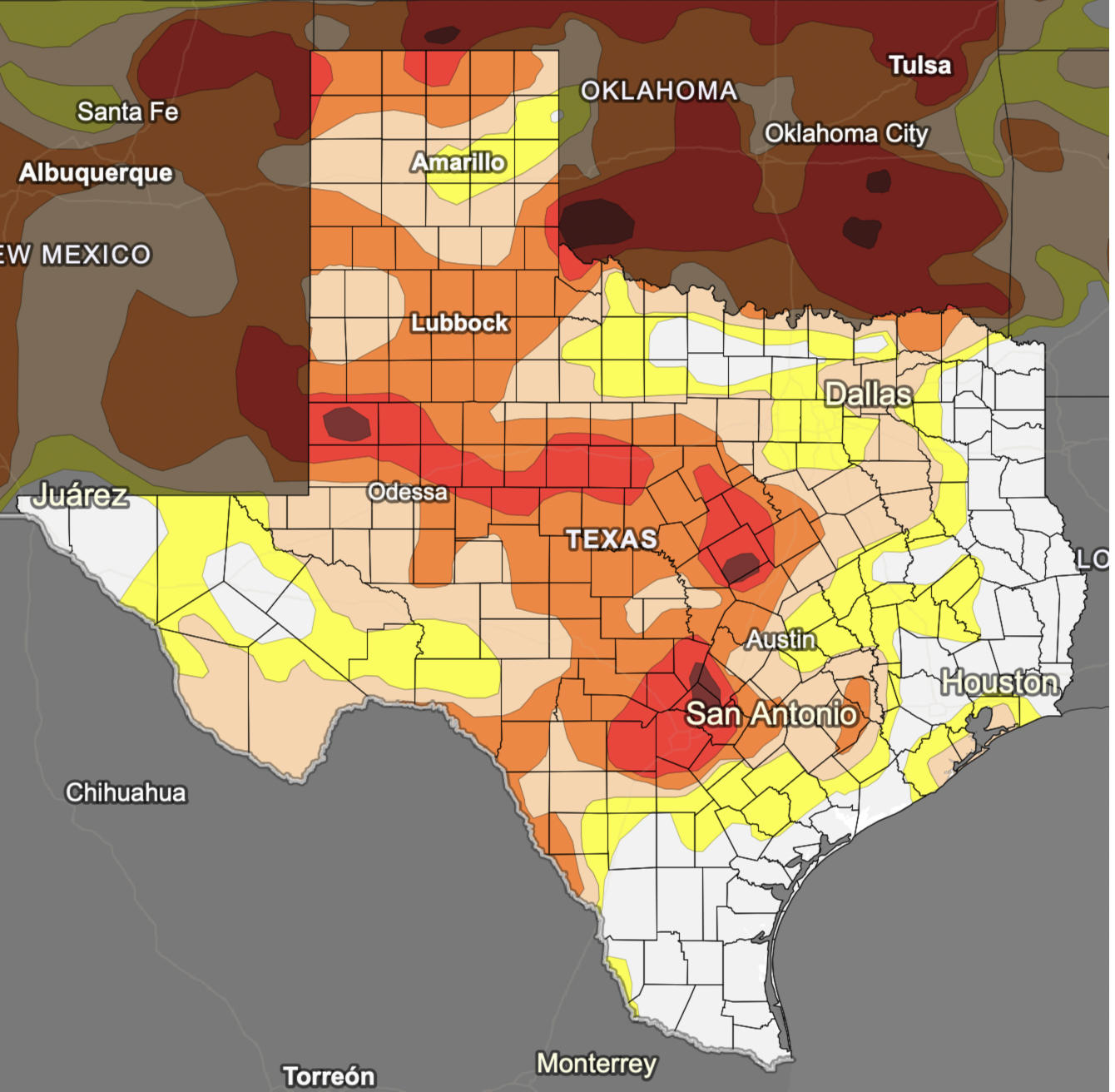 The U.S. Drought Monitor shows the tri-county area as either “abnormally dry” — the lowest category on the monitor — or under “moderate drought,” the second lowest category.
Subscribe

TRI-COUNTY — With a recent wave of much-needed rainfall alleviating severe drought conditions, long-standing burn bans were lifted across the tri-county region over the past week.

Most recently, a burn ban in Presidio County — which had been in effect since March of last year, per the Texas A&M Forest Service, which maps the status of the bans across Texas — was allowed to expire by the county this week. Burn bans must be renewed by county commissioners every 90 days to avoid expiration.

In Jeff Davis County, a burn ban that had been in effect since October 2021 was lifted on September 13, according to the Fort Davis Fire Department, which shared the news on social media.

The Brewster County judge’s office confirmed that the county’s burn ban was lifted on September 13, at the most recent commissioners court meeting.

Marfa Fire Chief Gary Mitschke said he had recommended Presidio County allow the ban to expire — though extreme drought conditions in the region over the summer had created a significant wildfire threat, recent heavy rainfall improved conditions such that a burn ban was no longer necessary, he said.

“We don’t try to implement the burn ban unless we absolutely have to, and right now I think conditions are such that we can drop the burn ban,” said Mitschke. The ban will remain suspended for as long as conditions will allow.

“If we continue to get rain, chances are it’ll be good for a while,” he said. “If things start drying up, or we start getting a lot of fire activity, we’ll have to revisit it.”

Burn bans prohibit actions that could spark a fire under dry conditions, such as smoking without using an ashtray, driving or parking in tall, dead grass, lighting campfires and welding in grassy areas.

Mitschke did request that anyone starting large fires in the county — “bigger ones that are going to put out a sizable column of smoke” — contact the sheriff’s office so authorities can be aware of the burn in case they start receiving reports of smoke. But such an action is not required by law, he said, and with the burn ban lifted, permits from the county judge’s office are no longer required for controlled burns.

“It’s not mandatory,” said Mitschke. “But we do request they do that.”

The U.S. Drought Monitor currently shows conditions across all three counties as either “abnormally dry” — the lowest category on the monitor — or under “moderate drought,” the second lowest category. Just last month, conditions in the area were under either “severe” or “extreme” drought — and the month before that, the monitor’s highest possible category, “exceptional drought,” persisted across swathes of the region.