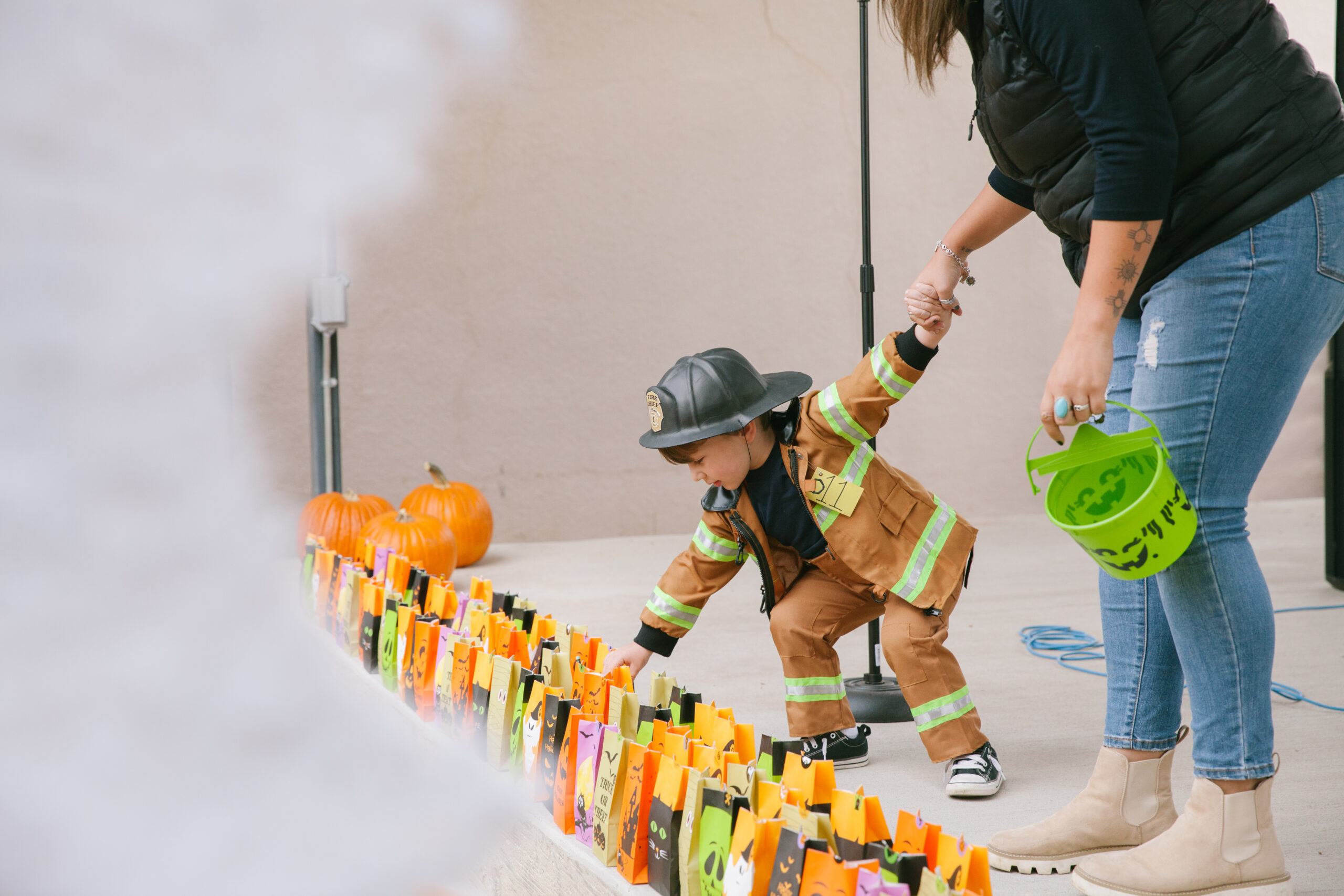 Maverick Conners, 3, reaches for a goody bag as he shows off his fireman uniform for the judges at Marfa Public Library’s annual Halloween costume contest. Photo by Hannah Gentiles for The Big Bend Sentinel.
Subscribe

MARFA — An eclectic mix of witches, princesses, dinosaurs, Power Rangers and many more unearthly creatures turned up at the Marfa Public Library courtyard Monday afternoon for the annual costume extravaganza.

Costumed locals paraded across the stage for a panel of judges that handed out accolades by age group for scariest, funniest and best homemade costumes. Locklan Bruttomesso was revealed to be a shoo-in for the scariest costume category in his age bracket, 0-4, when he let out a blood-curdling roar, frightening MC Abby Boyd and judges alike.

Jason Ballman, Sarah Vasquez and Gloria Applegate served as judges this year. The return to live judging signaled a return to normal procedure after a pandemic-induced disruption — there was no costume contest at all in 2020, and last year the library hosted a drop-in contest with winners revealed after the fact.

And the return to normal was a lively affair. The courtyard buzzed with activity as kids and adults alike enjoyed cupcakes and taking their photos at the library’s pumpkin patch.

“There were so many people, it was really coming back to life,” said Library Director Nicki Ittner. “It was really exciting.”

Ittner added that the library is considering reinstating the drop-in model for future contests, in the interest of saving time, with winners announced in the newspaper.

The winners for each age group and category are as follows: