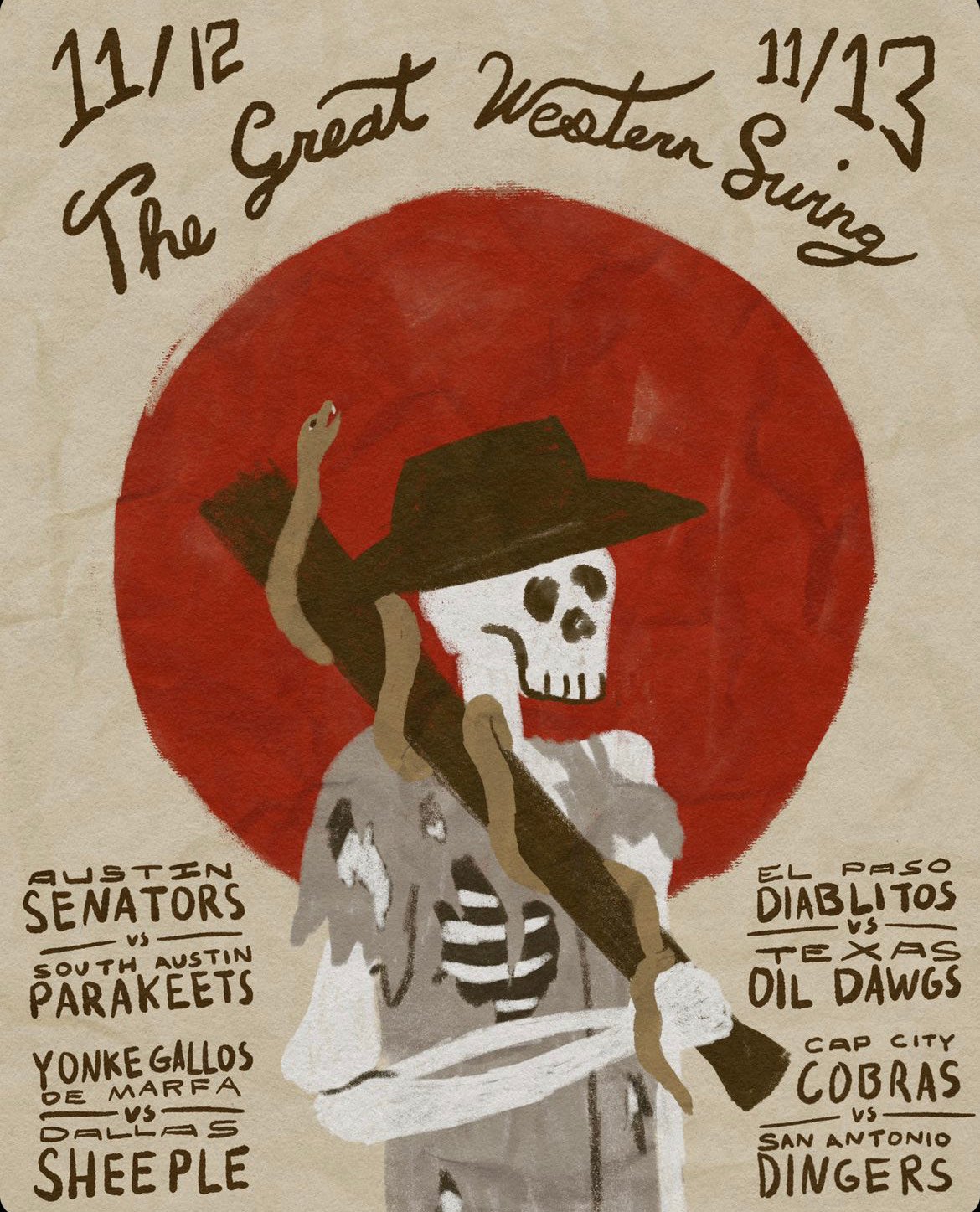 MARFA — Los Yonke Gallos de Marfa, the local sandlot baseball team, will host “The Great Western Swing” this weekend from Friday to Sunday at Vizcaino Park — a series of games featuring teams from all over Texas from El Paso to Houston and the largest sporting event the team has put on in its history, according to team organizers.

The three-day event, which also signals the conclusion of the Gallos 2022 season, will kick off on Friday afternoon with the hometeam, Los Yonke Gallos, facing off against the Austin Senators at 3 p.m. Saturday’s games include San Antonio Dingers versus Capital City Cobras with a start time of 8:30 a.m., Austin Senators versus Austin Parakeets at 11 a.m., Texas Oil Dawgs versus El Paso Diabiltos at 1:30 p.m., followed by Los Yonke Gallos versus Dallas Sheeple at 3:30 p.m. to finish out the day.

Sunday’s game will be an “All-Star Mashup” at noon, a battle between the Gallos and Texas All Stars, a team composed of any baseball players from various teams that remain in town and are available to play. Food will be provided by Cloud’s Desert Bistro — exact times and menu to be determined. All games are free to attend.

Nicolas Bustillos, team captain, said the visiting baseball teams that have already traveled to Marfa to play against the Gallos were looking forward to returning and teams coming out for the first time were excited to get out to visit and play ball in Marfa.

“They’re excited to get away from the city, to get away from their jobs, take in the landscape, breathe in the cool, fresh, fall, high desert air. But mostly, we’re all excited to just have some good old-fashioned baseball times with great friends and great tradition over an expansive, beautiful Texas sky,” said Bustillos.

Bustillos said the team, which currently has around 25 players, has played around eight games this season, winning all but two games, and this weekend the Gallos will attempt to keep their winning streak going. This season’s highlights include playing at the historic Kokernot Field in Alpine, Anthony Desimone making some incredible diving catches in the outfield, “finding random bottles of whiskey at a practice weeks following a game, the Trans-Pecos Music Festival weekend game, Mikey Davis splitting his nose open against the back stop just to make a diving catch, and actually finally be able to successfully turn several double plays,” said Bustillos.