Nayar Flores, right, counters his opponent’s jab with a strike of his own and wins the bout. Photo courtesy MISD Athletics.
Subscribe

MARFA — The Shorthorn hoopsters swept through the Comstock Tuesday night at the Marfa Shorthorn Gym, with the girls winning 36-8 and the boys winning 45-28. Top scorers for the Horns were Alexis Gonzales (7 points) and Lesly Torres, Emily Hernandez and Charlize Martinez each had 6 points each. For the Shorthorn boys team, junior forward Dustin Martinez rained threes over the Panthers with five made three-pointers, while freshman guard Alejandro Rodriguez chipped in with 11 points of his own while shutting down his opponents with his suffocating defense. 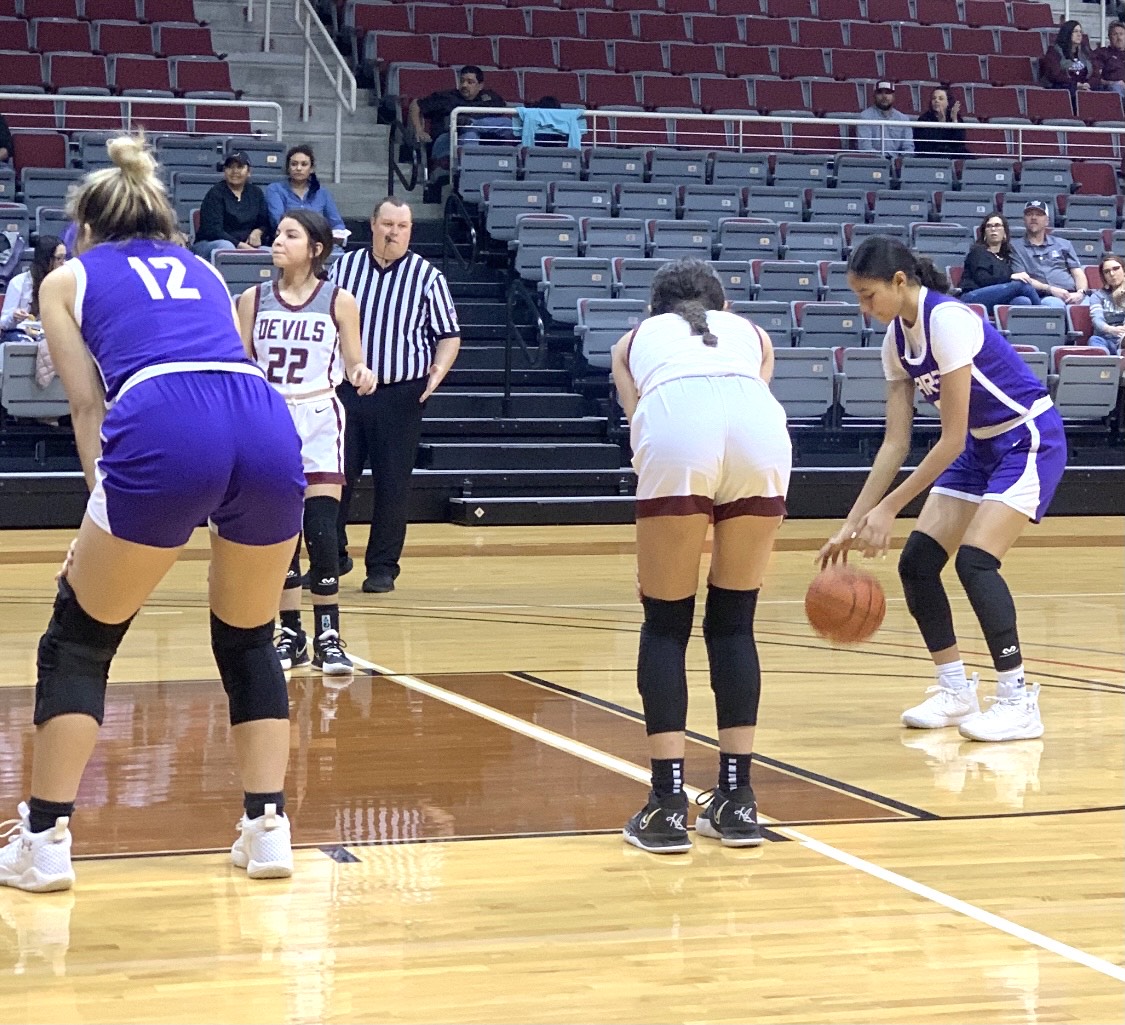 Marfa senior, Nayar Flores, recently showcased months of training in front of what seemed to be a hometown crowd at the historical Granada Theatre. Flores fought out of the blue corner for the Alpine Boxing Club against his opponent, Diego Mata of the Midtown Soldiers Boxing Club from Midland, Texas. Flores came out of his corner aggressively from the opening bell to keep Mata off balance with several combination punches and successfully kept his opponent at bay with his reach advantage and jab. In the 3 round bout, Flores out threw Mata in punches and was able to win the contest by technical knockout at the beginning of the third round.

In a recent school interview the local boxer shared his thoughts about his performance. When asked why he chose the sport of boxing he stated, “After I stopped playing organized school sports I felt lazy and picked up boxing again because it was something I enjoyed doing as a kid. And working with USA boxing and my trainer Frank Guerrero at Alpine Boxing Club has taught me a lot.” Flores stated that although nervous and excited about the fight initially, it felt good fighting in front of his family and friends because it gave him an extra push to get that win. During the match, Flores said his strategy was to use the jab and straight punches in order to not tire himself out. Flores added pressure until Mata stopped throwing punches little by little and that’s when he felt it was time to use harder punches to the head until the ref stopped the fight. Boxing fans can catch Flores at a possible next match in January at Odessa Golden Gloves.